Home > News > Industry news > What is dielectric strength of insulatin…

What is dielectric strength of insulating oil

What is dielectric strength of insulating oil

Electrical insulation oil is one of the important raw materials for power transmission and transformation systems. It is mainly used in oil-filled electrical equipment such as transformers, capacitors, cables, and oil switches, and plays a role in insulation, heat dissipation and cooling. 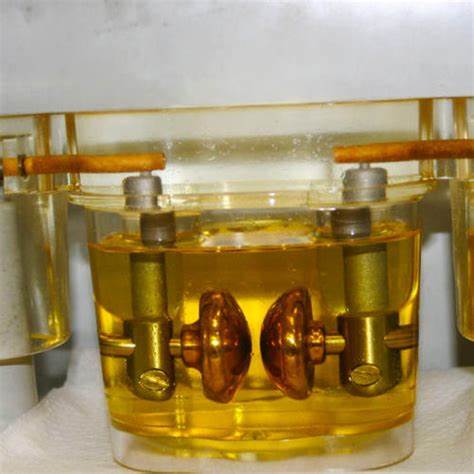 U ——The average breakdown voltage of oil test, kv;

The main form of insulation oil breakdown is electrical breakdown. There are always a certain amount of free ions in the oil. When pressurized, the ions on the electrode surface begin to move from one electrode to the other due to ionization. Before the ionization reaches the level of breakdown, the speed of ions increases with the increase in voltage, and the number of ions also increases rapidly. Under the action of a strong electric field, they move faster and increase in number, which will cause a sharp increase of current, leading to the breakdown of the insulating oil. This breakdown generally requires a higher voltage, so both the new insulating oil and the insulating oil in operation with good quality have a higher breakdown voltage.

Besides, the insulating oil will inevitably absorb moisture, pollution and deterioration, so that the oil contains impurities (especially polar impurities), which are polarized under the action of a strong electric field and arranged along the direction of the electric field. A conductive "small bridge" is formed between the electrodes, causing the insulating oil to be broken down. This is the so-called "small bridge" theory.

When the insulating oil is polluted by external impurities such as moisture, particulate matters, and the pollutants caused by insulating oil oxidation itself, such as decaying products, acids, etc. The dielectric strength may not meet the required value and standards, which needs to be improved by transformer oil treatment (Filtration, Vacuum degassing, and Regeneration). PureTech's DVOP Double-stage High Vacuum Transformer Oil Purifier is designed especially for power transformers above 110 KV level, it can quickly and effectively remove water, gases and mechanical impurities from insulating oil. The oil flow capacity ranges from 1800 liters/hour to 18000 liters/hour, and OEM service is accepted. 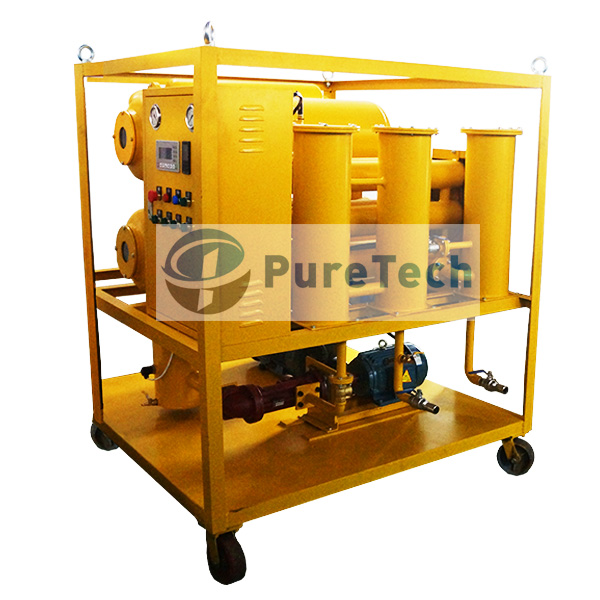 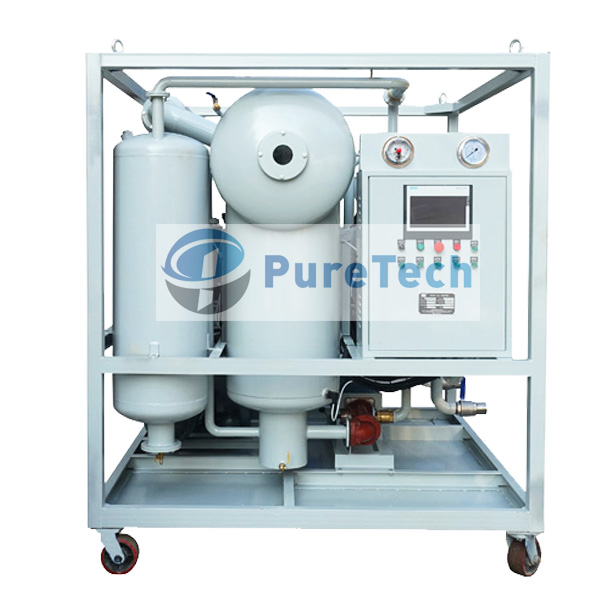 For more information about oil treatment plant, you are welcome to contact us.